Royal Museums Greenwich’s Astronomy Photographer of the Year contest is one of the most prestigious astrophotography competitions in the world. It has been running for 8 years, starting in 2012.

Since the question that we get asked the most is “what equipment do I need for astrophotography?”, we thought it would be interesting to pull out the information about the finalist photographs in the competition order to get a picture of what cameras, telescopes, and mounts were used.

See below our breakdown of the data from all the images from the competition.

The Astronomy Photographer of the Year 2019 finalists photos

In total, there were 119 images that made the final shortlists, across nine different categories:

You can see these pictures here.

We have taken the information about the equipment used and broken it down below for:

Firstly, cameras. We have pulled out the data for:

Therefore it is not easy to compare what equipment is used and necessarily say what is best, as it will be different depending on what is being shot. For example, using a DLSR or mirrorless for a landscape astrophotography image in the Skyscapes category, versus using a CCD or CMOS camera for a deep sky image in the Stars and Nebulae category.

Here you can see how the different types of cameras used breaks down across all the images:

As you can see, the most popular camera type was a DSLR.

When you add them together, it’s a pretty even split between DSLR plus mirrorless, versus CCD plus CMOS (and, to some degree, that reflects the split of image categories).

Shoutout to the one dude that used an iPad!

The leading camera manufacturer overall is Canon, with 28 images taken with Canon cameras (24% of all pictures).

Nikon and Sony making up second and third in terms of DSLR or mirrorless cameras.

ZWO, who make CMOS cameras, lead the way for non-DSLR/mirrorless:

The Canon ESO 6D is the most popular camera used, followed by the Canon EOS 5D Mark IV.

These are both fullframe DSLRs, with the latest version of the 6D released in 2017, and the 5D in 2016. They are pretty similar cameras, with the 5D having just slightly higher specs and improved video performance.

Note, the Nikon D810A was an astro-modified DSLR but is no longer produced and hard to find.

The Sony A7s and Sony Alpha 99 are the most popular mirrorless cameras on the list.

Note a handful of these cameras were noted that they were astro modified by the photographer. This is the process of manually altering the sensor within the camera so that it better picks up light from certain deep sky objects. There are companies that can do this for you, like Life Pixel.

The ZWO ASI174MM monochrome CMOS camera is the most commonly used CCD or CMOS model by photographers in that had their images shortlisted in the competition:

Eight different models of ZWO camera were used, accounting for 23 of the finalists images (19%).

See our article on the best cameras for astrophotography.

The most frequently used telescope by the astronomy imagers who made the final of the competition is the Celestron C14.

Celestron was the most popular telescope manufacturer, with 12 images taken with either the C14 one of the below three telescopes:

Note that we have only shown the telescopes that were used in two or more images in this chart as otherwise it was too long as there were close to 30 different telescopes used one time each.

See also our article on the best telescopes for astrophotography.

By far the most popular mount is the Sky-Watcher EQ6 Pro, with it used in a whopping 21 images (18% of all):

See our article on the best mount for astrophotography.

Finally, whilst star trackers are a type of mount, we’ve put them separately as they are usually used with cameras, whilst the above mounts go with telescopes.

The most frequently used model is the Sky-Watcher Star Adventurer:

See our overview of the best star trackers.

We hope you find this interesting and useful. It is obviously not a scientific study, but it should give you some good insight into what equipment successful astrophotographers are using these days.

We will do this analysis again when the 2020 results are announced and it will be interesting to see how things change, for instance, will mirrorless cameras be used more commonly in comparison to DSLRs as they get more popular and affordable?

There is a book available that details all the images of the finalists and the equipment used: 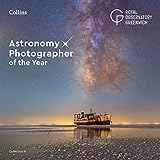 94 Reviews
Astronomy Photographer of the Year: Collection 8
$39.64
Buy on Amazon

Let us know your thoughts on any of this in the comments.